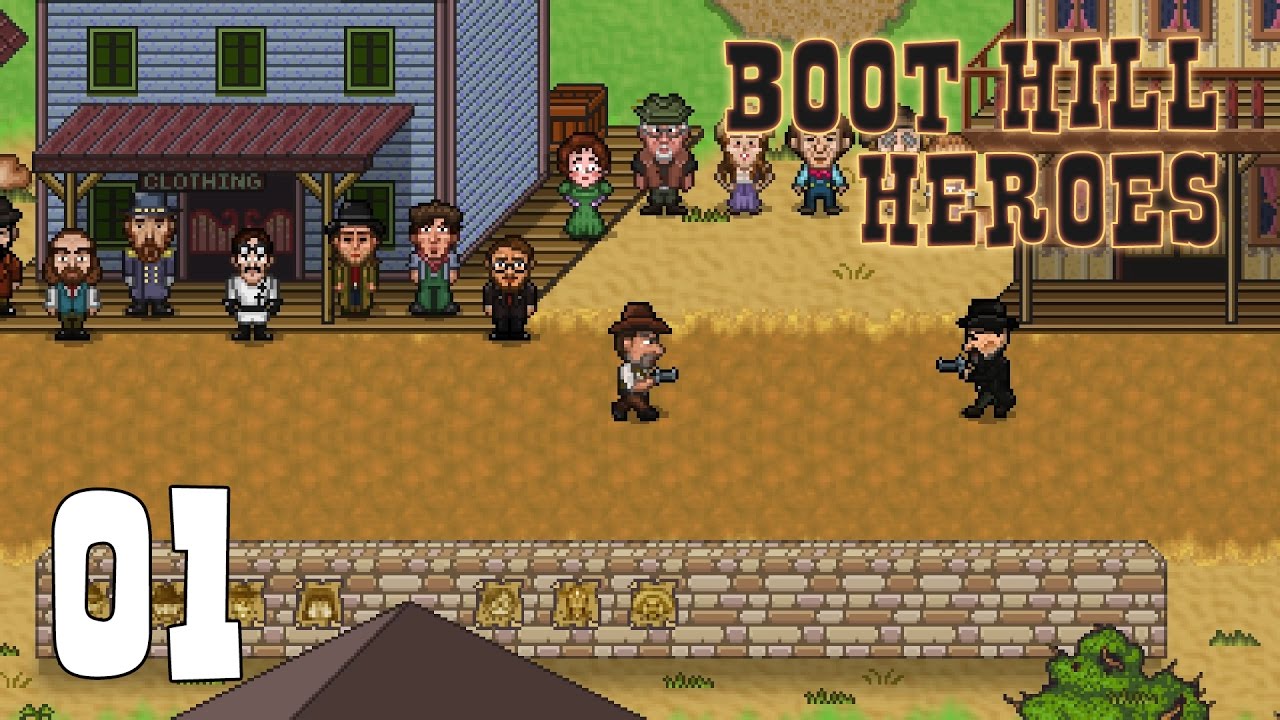 In this episode of Let’s Play Boot Hill Heroes; we are introduced to the struggling Howl family. After losing her husband, Mary had to raise their son, Kid, all on her own. Raising lifestock hasn’t been easy. There’s hint of trouble brewing and the farm is in deep financial problems, could Kid save it by accepting a job in the city?

Boot Hill Heroes is the spaghetti western inspired JRPG developed by Dave Welch over at Experimental Gamer. The Earthbound inspired JRPG was released in 2014 and is the first title in a planned series of western JRPGs.

Follow Kid as he meets all sorts of characters from the old west. The Little-Saints gang has been out of the picture for many years since your father was killed in a duel with their leader. Trouble is stirring, your family farm is losing money, it’s time for Kid to reinvigorate the Howl family name. Can Kid and his friends bring justice to the Bronco County?

Boot Hill Heroes is a JRPG with mechanics very similar to Earthbound. The battle system has the player equip vantages that act as abilities. Each character can equip four vantages all with different advantages (ha!). Furthermore, Boot Hill Heroes has many hats! Each hat allows you to learn new vantages, similar to abilities learned from equipment in Final Fantasy 9.

If you guys enjoyed my video, leave a like, comment, or subscribe! Every contribution from you fine people fuels my motivation and makes the creation of these videos all that much easier. Thank you for watching!