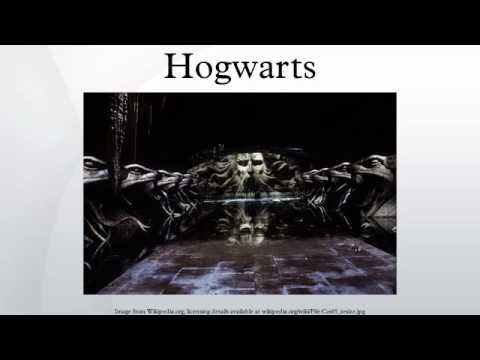 Hogwarts School of Witchcraft and Wizardry, shortened Hogwarts, is a fictional British school of magic for students aged eleven to eighteen, and is the primary setting for the first six books in J.K. Rowling’s Harry Potter series.
Rowling has suggested that she may have inadvertently taken the name from the hogwort plant (Croton capitatus), which she had seen at Kew Gardens some time before writing the series, although the names “The Hogwarts” and “Hoggwart” appear in the 1954 Nigel Molesworth book How To Be Topp by Geoffrey Willans.

This video is targeted to blind users.