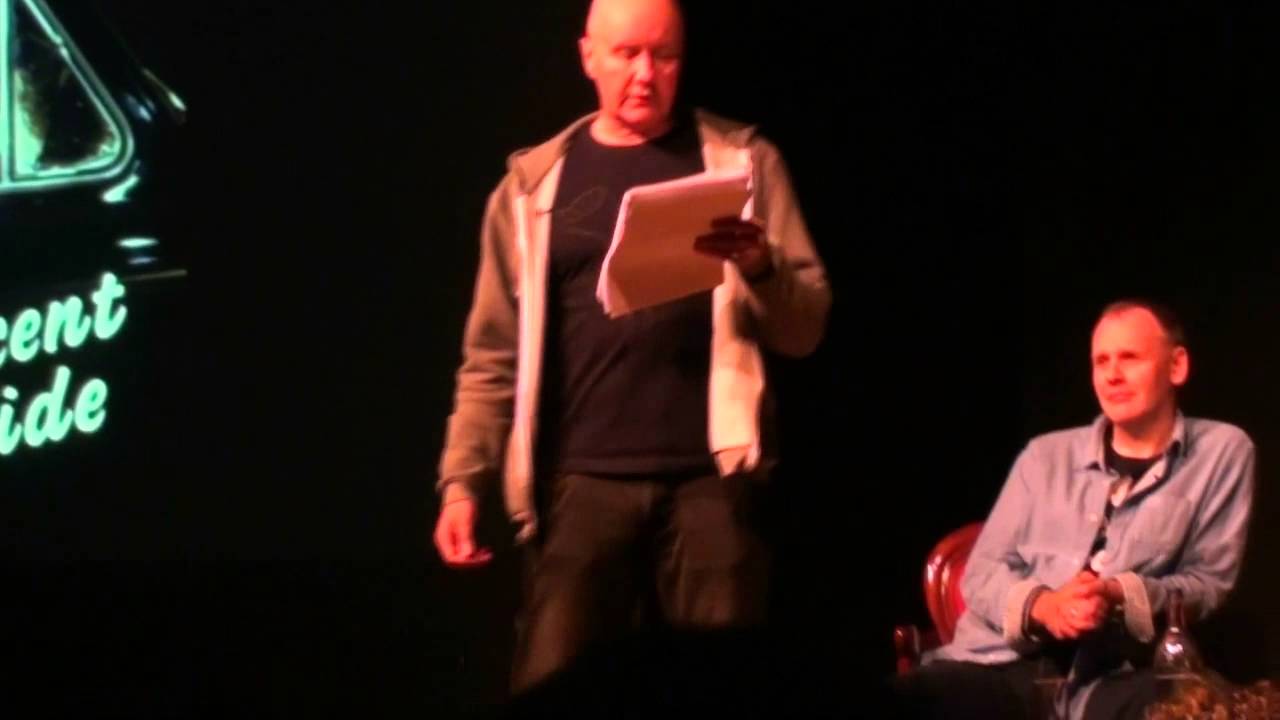 *20th April 2015* the promotion of A DECENT RIDE published by Vintage, with Welsh performing as Juice Terry Lawson and Wee Jonty MacKay.

A DECENT RIDE Published by Vintage, The Random House Group

This film was made by Craig Gibson and is his FAIAP (for all intents and purposes) and Irvine Welsh’s words are not recreated here and remain the property of Jonathan Cape, part of Vintage Publishing.

“A rampaging force of nature is wreaking havoc on the streets of Edinburgh, but has top shagger, drug-dealer, gonzo-porn-star and taxi-driver, ‘Juice’ Terry Lawson, finally met his match in Hurricane ‘Bawbag’?

Can Terry discover the fate of the missing beauty, Jinty Magdalen, and keep her idiot-savant lover, the man-child Wee Jonty, out of prison?

Will he find out the real motives of unscrupulous American businessman and reality-TV star, Ronald Checker?

And, crucially, will Terry be able to negotiate life after a terrible event robs him of his sexual virility, and can a new fascination for the game of golf help him to live without… A DECENT RIDE?”