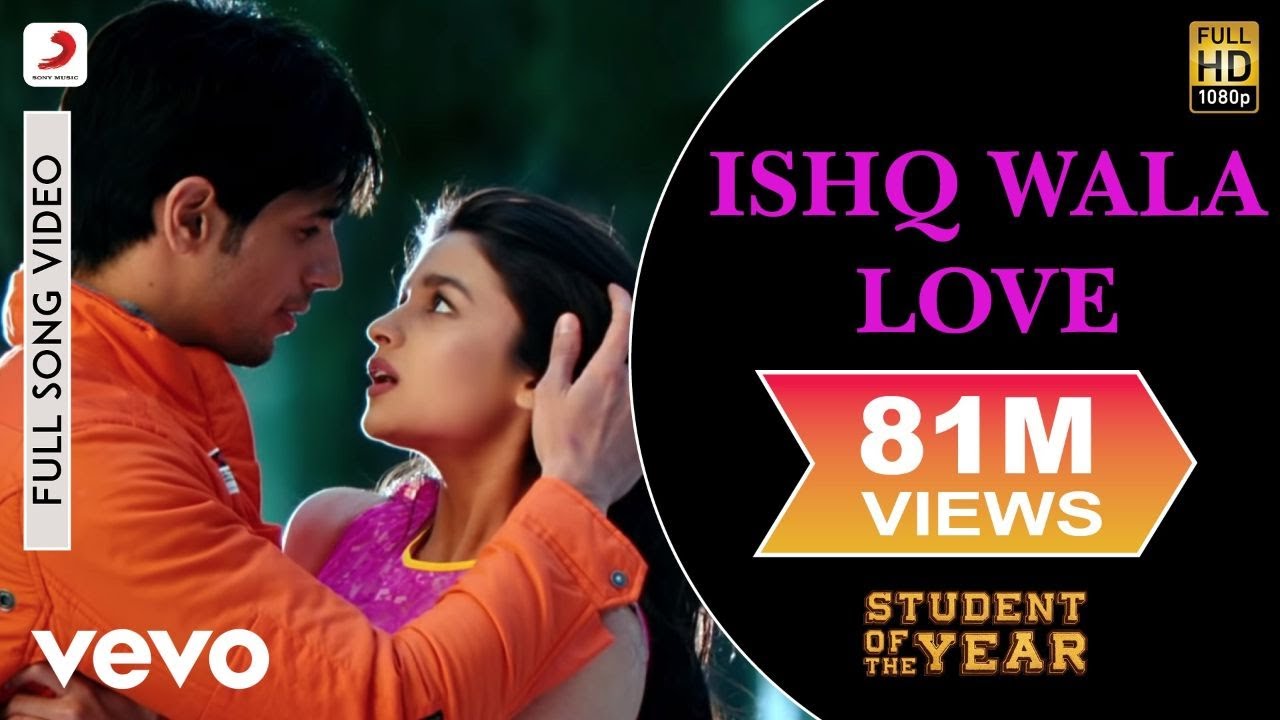 ‘Ishq Wala Love’ from ‘Student Of The Year’ is a soft ballad sung by Neeti Mohan, Shekhar Ravijiani and Salim Merchant. The beats are light and the mush-factor is high. The movie is a 2012 Bollywood coming-of-age young romantic comedy directed by Karan Johar and produced by Hiroo Yash Johar under the banner of Dharma Productions and in collaboration with Shah Rukh Khan’s Red Chillies Entertainment. The movie acted out as a launch-pad for newcomers Sidharth Malhotra, Varun Dhawan and Alia Bhatt in the lead roles with Rishi Kapoor, Sana Saeed, Ronit Roy, Ram Kapoor and Farida Jalal in supporting roles.