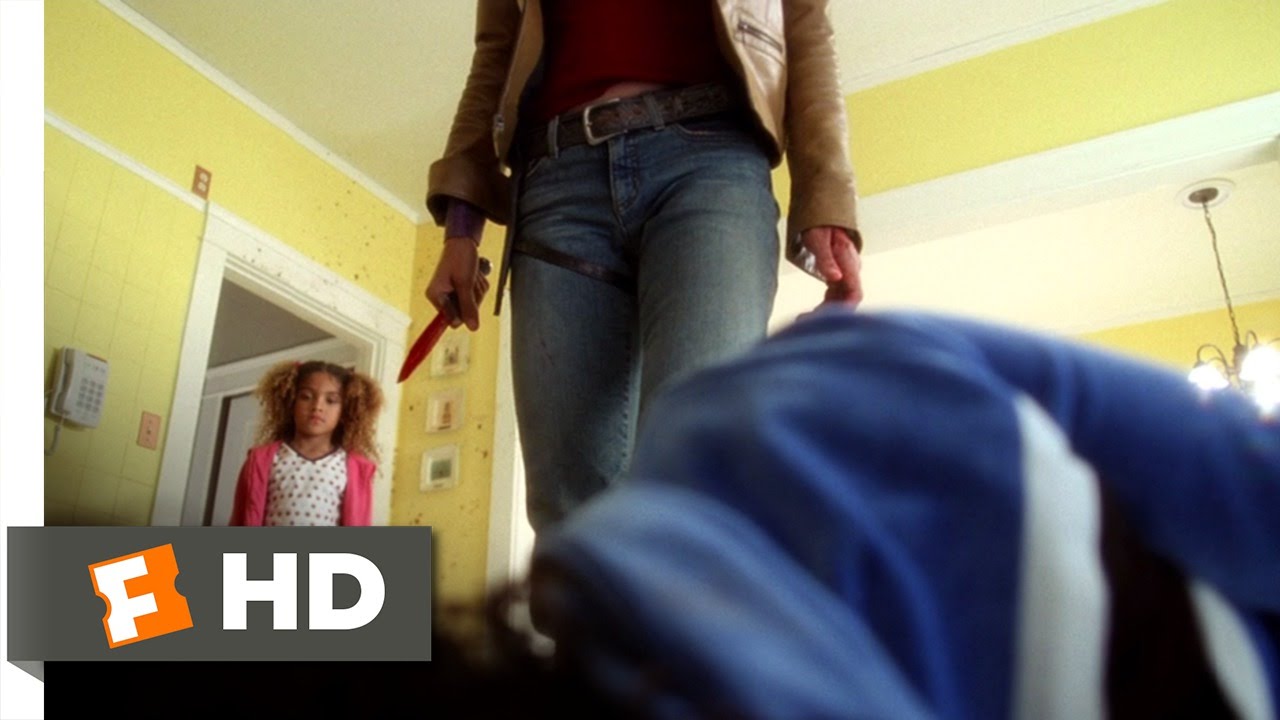 CLIP DESCRIPTION:
The Bride aka Black Mamba (Uma Thurman) revenge on Vernita Green (Vivica A. Fox) is witnessed by her young daughter.

FILM DESCRIPTION:
Perhaps the most highly anticipated film of 2003, Kill Bill Vol. 1 marked the return of renowned filmmaker Quentin Tarantino after a six-year hiatus. Re-teaming the director with Uma Thurman for the first time since 1994’s Pulp Fiction, the film was originally the first half of what was to be a three-hour-plus movie before being split into two films. Thurman stars as The Bride, one-fifth of a team of assassins called DiVAS. When The Bride opts to leave the outfit for a life of marital bliss, it doesn’t sit well with her boss, Bill (David Carradine), so he has her former cohorts, played by Lucy Liu, Vivica A. Fox, Daryl Hannah, and Michael Madsen, show up at the nuptials, leaving behind a blood bath. Miraculously, The Bride survives a bullet to the head and, four years later, she sets out for revenge against her four assassins and their employer. The story is concluded in Kill Bill Vol. 2, released six months later.