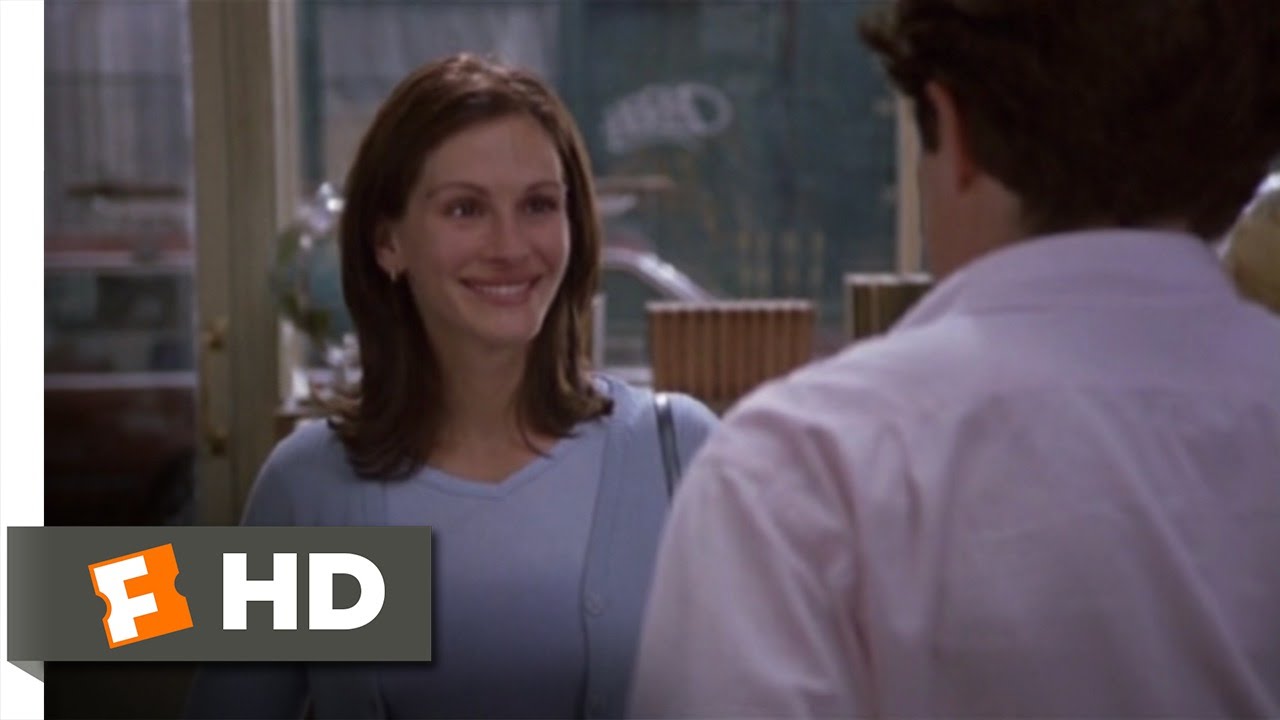 CLIP DESCRIPTION:
An unlikely relationship blossoms between the most famous actress in the world (Julia Roberts) and a charming bookkeeper (Hugh Grant) living in Notting Hill.