STUNG by a COW KILLER! 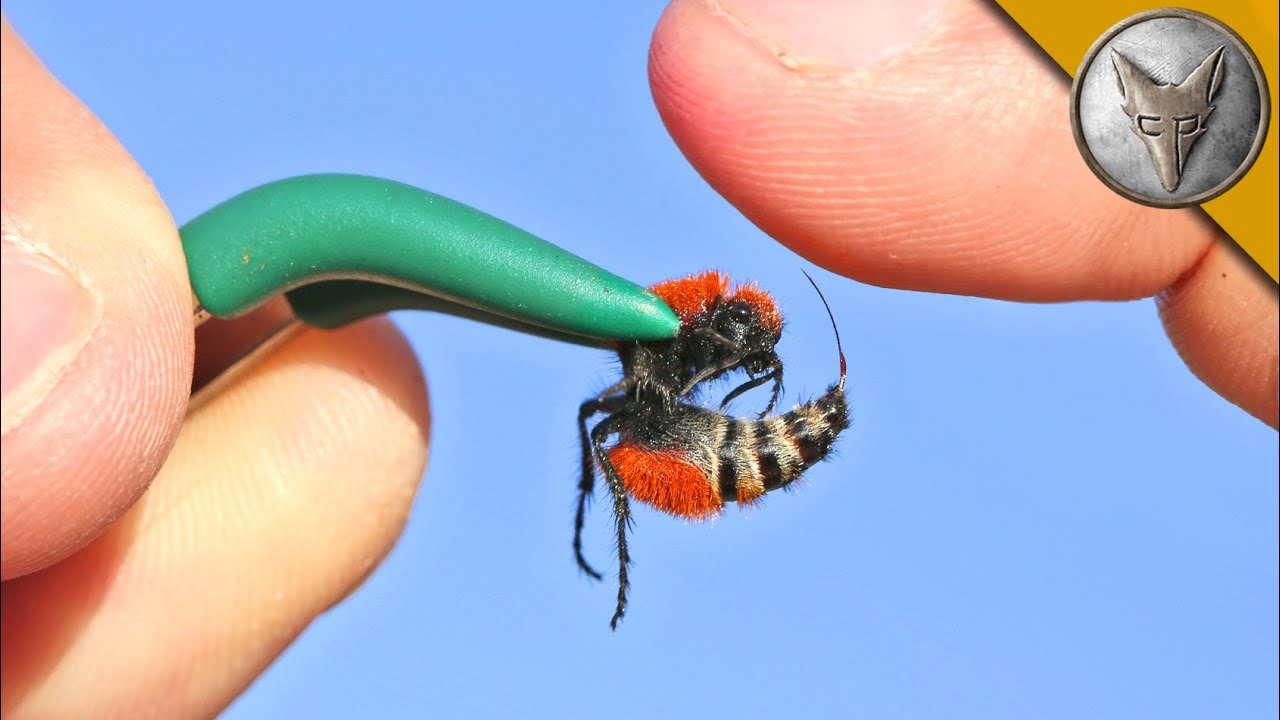 On this episode of Breaking Trail, Coyote is stung by an infamous COW KILLER…the Velvet Ant!

The Velvet Ant, which is actually a species of wingless wasp, is well known for possessing one of the most painful stings in the insect kingdom. In fact, this legendary sting is so painful it has even earned them the nickname “cow killer” because it is said to be so excruciating it can actually kill a cow.

Now the cow killing part is simply a myth but in his quest to work all the way up the insect sting pain index to the most painful sting on record, which is that of the Bullet Ant, Coyote has decided he better find out just how bad the number four ranked Velvet Ant is first.

Get ready, you’re about to witness Coyote’s most painful sting yet!

Breaking Trail leaves the map behind and follows adventurer and animal expert Coyote Peterson and his crew as they encounter a variety of wildlife in the most amazing environments on the planet!

The Brave Wilderness Channel is your one stop connection to a wild world of adventure and amazing up close animal encounters!

Follow along with adventurer and animal expert Coyote Peterson and his crew as they lead you on three exciting expedition series – Emmy Award Winning Breaking Trail, Dragon Tails and Coyote’s Backyard – featuring everything from Grizzly Bears and Crocodiles to Rattlesnakes and Tarantulas…each episode offers an opportunity to learn something new.

So SUBSCRIBE NOW and join the adventure that brings you closer to the most beloved, bizarre and misunderstood creatures known to man!

GET READY…things are about to get WILD!
New Episodes Every Tuesday and Friday at 9AM EST