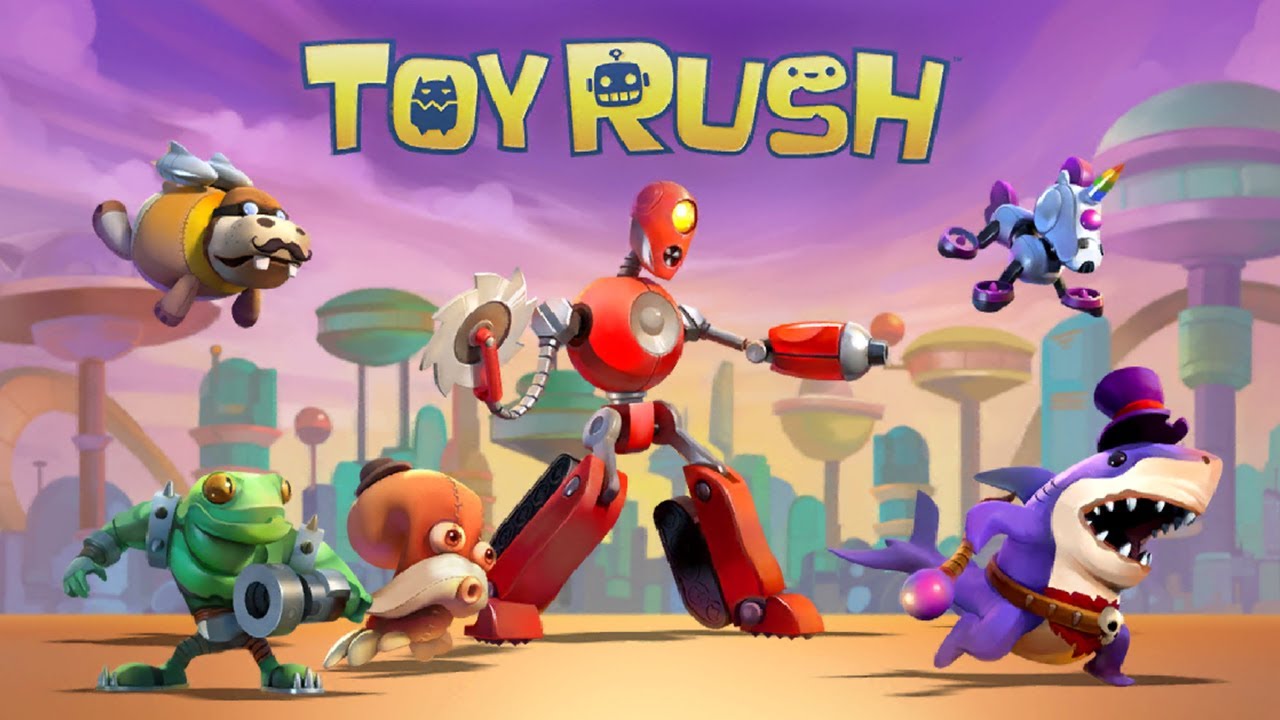 Discover, collect, and play with a variety of fun toys! And then attack your friends’ bases in this free tower defense (and offense!) game with a collectible card twist.

Rip open card packs and deploy massive riding teddy bears, top-hatted sharks, and four-wheeled robot cats against a range of wacky defenses, including marble shooters, sticky gum traps, and bottle rocket launchers. Decorate and upgrade your base! Feed your rare toys to make them even more powerful! And use strategy to take down your opponents!

Seamless multiplayer lets you fight with your friends, while Toy Rush’s cast of colorful toys in every card pack will keep you coming back for more. Toy Rush includes 50 single-player missions, and lets you join clubs and build your own bases and defenses, too. Who has the best base on the block? Find out!

+ Collect! Find and discover dozens of toys, including super rare toys like Chunk who deal massive damage (in between naps).

+ Defend! Protect the path to your own clubhouse with rubber band launchers, marble shooters, and bottle rocket towers.

+ Create! Draw your own pathways, mazes, and tower placements to keep friends and foes out of your base.

+ Strategize! Use jacks and sticky gum traps to slow down your friends’ progress. And pair toys together for maximum damage and protection.

+ Buff! Use special cards to heal, speed up, and make your toys stronger.

+ Be Social! Chat, trade, and team up with your friends online.

Toy Rush is compatible with the iPhone 4 or newer, iPad 2 or newer, and iPad mini or newer.