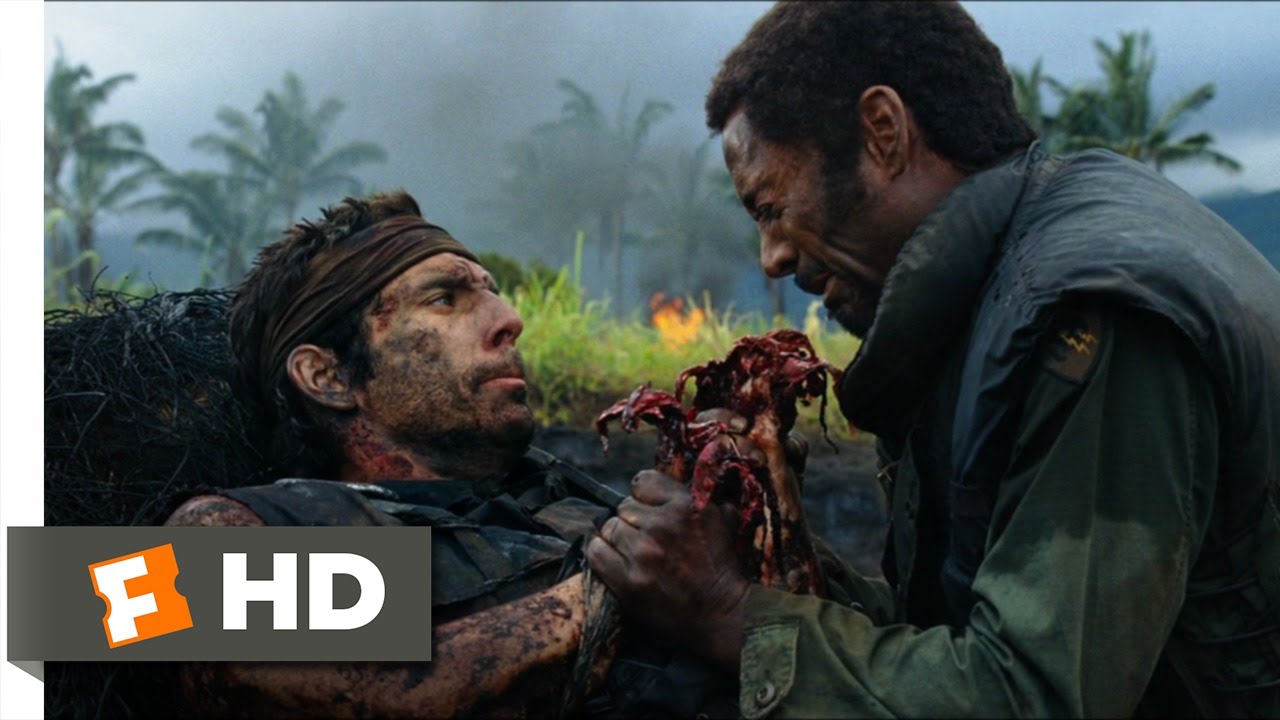 FILM DESCRIPTION:
Ben Stiller’s satirical look at Hollywood, Tropic Thunder concerns the production of an epic Vietnam War film that quickly derails thanks to the giant egos of everyone involved in the production. Stiller stars as Tugg Speedman, an action hero trying to segue out of that genre. Jack Black plays Jeff Portnoy, a drug-addicted fat comic also attempting to change his image by taking on such a serious film. They star alongside Kirk Lazarus (Robert Downey Jr.), one of the world’s most awarded actors, and a man who insists on immersing himself totally in a role. In this case, that means Lazarus has had his skin dyed in order to portray an African-American soldier. After their outrageous behavior lands the film’s director, Damien Cockburn (Steve Coogan), in very hot water with producer Les Grossman (Tom Cruise), Cockburn takes the advice of grizzled Vietnam vet Four Leaf Tayback (Nick Nolte); in order to gain control of his performers, Cockburn drops the actors off in the jungle, planning to film the movie guerrilla-style with hidden cameras. When the group stumbles upon a heroin production camp, the actors are unaware that they are in very real danger.